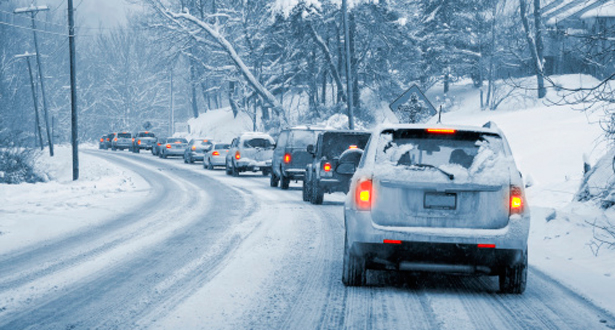 Freezing rain and ice accumulations Wednesday evening caused a winter weather advisory that lasted into the next day. On Champlain’s hillside campus, that weather resulted in perilous walking conditions.

An email went out to all students about the conditions at 7:48 p.m. on Wednesday, February 6, informing them of the conditions and advising “Please use good judgment and do not venture out unless necessary. Emergency response time may be impacted.”

However, by the time that email went out, many students had already slipped and fallen on the icy sidewalks and courtyards as they left classes for dinner or to return to their rooms, and evening classes were still held despite the conditions.

Second-year Nicolas Albrio slipped and fell on Maple Street near Eats twice in addition to falling near Lakeview, though he luckily was not seriously injured.

“The ramp right outside of Lakeview is another place that I slipped and fell, and I’m not usually a clumsy person. There was definitely a sheet of ice everywhere,” Albrio said.

Many students were frustrated that the college remained open and they still had to attend classes despite the hazardous conditions of many sidewalks.

At 6:52 PM, February 7, Vice President of Student Affairs and Institutional Diversity and Inclusion Angela Batista sent out an email addressing the concerns received by herself, VP of Enrollment Lisa Bunders and President Don Laackman.

“The weather has been particularly challenging this week and we have received some reports of students falling and getting hurt as a result,” Angela Batista wrote. “I know that the condition of roads and walkways have been challenging as I myself fell last night during the peak of the freezing rain. We also understand that some of the falls happened on sidewalks that are maintained by the City of Burlington. The City of Burlington is responsible for salting and clearing city sidewalks.”

In terms of Champlain’s sidewalks, Physical Plant’s grounds crew were doing their best to salt everywhere.

“If the weather goes from 50 degrees one day to 30 degrees and freezing rain the next, there really is not all that much that two guys salting can do,” Liza Ryan, a work study employee with the physical plant grounds crew said. “It is going to be icy, and they cannot salt everything all at once.”

“On numerous occasions my two bosses, and others, have come in late at night and much earlier than 7am to get campus as safe as possible. On Wednesday night, I walked out of my hall 8:45pm and my two bosses were salting campus-walking around with buckets and had been for a couple of hours, and they were also back on campus this morning to do the same thing.”

The ongoing rain on Wednesday night added to the difficulty of salting walkways as Angela Batista noted in her email “in some instances, the salt was washed away by further rain as soon as it was spread.”

Liza was out at 7:00 a.m. Thursday morning helping salt campus and was frustrated by some of the complaints students had about the conditions.

“I get the frustration students have with the ice on campus, especially being situated on a hill and all,” she said. “but I think students are a little too quick to voice their concern about the lack of salt and removal of snow on campus.

“Physical plant has a small crew, but they are some of the hardest workers on campus. Safety is clearly an issue and normally icy areas (stairs, entrances to buildings, downhill ramps) are prioritized. Some areas were salted 3 times [Thursday, February 7] before 8 a.m., and they were still icy. We live in Burlington, VT, and the weather sometimes sucks big time, that is a reality students here have to face.”

If students are concerned about conditions near their res halls, Liza suggest they can salt it themselves, since many buildings have salt bins near their entrances.

“If you do not have a salt bin nearby, someone from physical plant would be willing to drop a bag off,” she said.

Violet Bell contributed to the reporting of this article.