Ask a Professor: Advice from Betsy A. Pennebaker 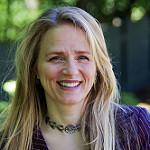 “I’m kind of a reserved dude and I can’t talk to girls. Help!”

From a Professor: “Based on the way this person framed this question, my assumption is that this is a straight male looking to talk to girls with the intention of dating them. If I missed that then I apologize. So you want to start with your basics. There are certain things you can do to boost your confidence like showering, making sure there isn’t a big wad of spinach in your teeth, making sure your clothes are presentable, just make sure you have your physical appearance somewhat in order. That will send you out in the world feeling better about yourself and you don’t have to worry about it when talking to girls.”

“And then, the formula is actually really simple. Instead of trying to say something impressive or witty, you just ask them a question. Research shows that if you ask someone a question about themselves, they’ll like you. If you don’t believe me, google the New York Times article about how to make people like you. Obviously, you don’t want to ask a super personal creepy question. But something friendly and curious like ‘Have you ever tried the lattes here?’ or ‘That’s a really nice backpack where’d you get that?’ Something non-intrusive but shows interest in them.”

“And then, you can keep the conversation going by asking more friendly questions. If it ends up leading to a question about possibly getting together for coffee or a date then great. But don’t rush that part. Just have a conversation and let it evolve from there.”

Under the assumption that this person is looking to date people, and seeing how the culture of dating has changed in recent years, would you recommend something like online dating for this person?

“It’s funny, my husband and I often say to each other ‘thank god, we met before Tinder.’ That being said, my husband’s younger cousin met his soon-to-be wife on Tinder. So I’m speaking without direct experience but only what I’ve observed and thought. I worry that these apps lead people toward shallow and potentially exploitative or painful encounters. So, I think it’s only a good idea to use those apps if you know what you want to get out of them. And are able to say no to people you meet on them who have a different agenda than you do.”

From a Student’s Perspective: Full disclosure, if you’re looking to talk to girls to date, I’m not a good person to ask as a gay man who has been single for 21 years. That being said, I’ve found that the best way to make friends in general is to find mutual interests and talk about them. Also, you should be interested in what they have to say. Don’t chase after someone just because you find them physically attractive.

Now here’s some advice on what not to do: Don’t be a creep. You’re not going to get the girl by learning her class schedule without her knowledge. You’re not going to get her by stopping her to talk when she has places to be. And for the love of god, pay attention to what she says. If she wants you to leave her alone, then do so. Don’t try to force something out of nothing.

Other than that, I think Betsy has given you some solid advice on how to start up conversations with people. And as someone who has had experience with Tinder, it’s personally not for me. I jumped into relationships with too many expectations. Which reminds me, when trying to get to know a girl, don’t expect a romantic relationship just because you’re being nice. Enter any kind of relationship with the expectation of just being close to them.

“How do you find motivation to get out of your cozy bed on a daily basis especially when the temperature never gets above 0 degrees?”

From a Professor: “If this questioner finds out, I’d love to know. I’ve been struggling with this one lately. Because 0 degrees day after day is just wrong. So I think maybe a good place to start is reframing the question. The way this person has worded the question, it sounds like they’re thinking that motivation is something they should have and the fact that they don’t means they’re doing something wrong. I think that it’s kind of nuts, that our culture thinks that in the middle of January, we should have as much energy as we do in July. In Chinese culture, they actually say, in the winter, you should behave as if all your desires are fulfilled. Which means you shouldn’t have to feel like you have to do lots of things in the winter. So really, the question is, given that we live in a crazy culture, how can we hack our biology to get out of bed when it’s not actually rational for us to do that.”

“So these are my hacks. I have an alarm clock that wakes you up with daylight. It’s a light that gradually gets brighter. It’s a real game-changer because it helps me wake up naturally. You can set the time of the light. The default is 30 minutes. I set it to 20 before the alarm. It starts out pink like the dawn and then gets brighter and brighter. Also, I have a little space heater and I lie in bed for about 15 minutes while it’s warming up the room. Not getting out of bed in a freezing cold room is a big help. So if this person has a kind relative who is willing to get them a couple of those things, then that could be really helpful. The other thing I use is that sleep cycle app, it’s like 5 dollars. If this person can’t afford the clock, the app also helps wake you gradually. One other thing, get enough sleep. It’s a lot harder to get out of bed when you’ve had five hours of sleep than when you get the full eight. So it makes a big difference. I know that’s hard to do as a college student.”

“The last physical hack that I do is exercise as much as I can outdoors. Honestly, you can’t do that when it’s 0 degrees out, but you can when it’s 20 degrees. That way, when it’s 0 degrees, you don’t feel as cooped up because you’ve been outside recently. Obviously you need warm clothes to exercise outside. That’s an investment worth making if you can. From a psychological level, give yourself something to look forward to everyday, even if it’s small. You can say, at the end of the day, I’m going to curl up with a book and hot chocolate and I’m going to hibernate in my room. That can cheer you up because you’ll know that later on, you’re going to be able to do something enjoyable and doesn’t involve something freezing.”

From a Student’s Perspective: I wish I knew, C. Patty. Instead of motivation, I use my anxiety to force myself out of bed. The fear of failing classes due to absences. The fear of unproductivity from lazing around in bed. The best thing I’ve got is to wake up, stay in bed for a bit, and make a mental list of what you’re going to do that day. Things you need to do, want to do, or should be doing. It’d be helpful to have a plan for the day so you can get started once you’re feeling up to it.

If your room has a window, open the blinds/shades when you can. Let in some natural sunlight so you feel more aware of the fact that it is the morning. You have to get some daylight because you’re going to feel very sluggish and unmotivated if all you ever get is darkness and fluorescent light bulbs.