Ten Reasons to Check Out Montreal 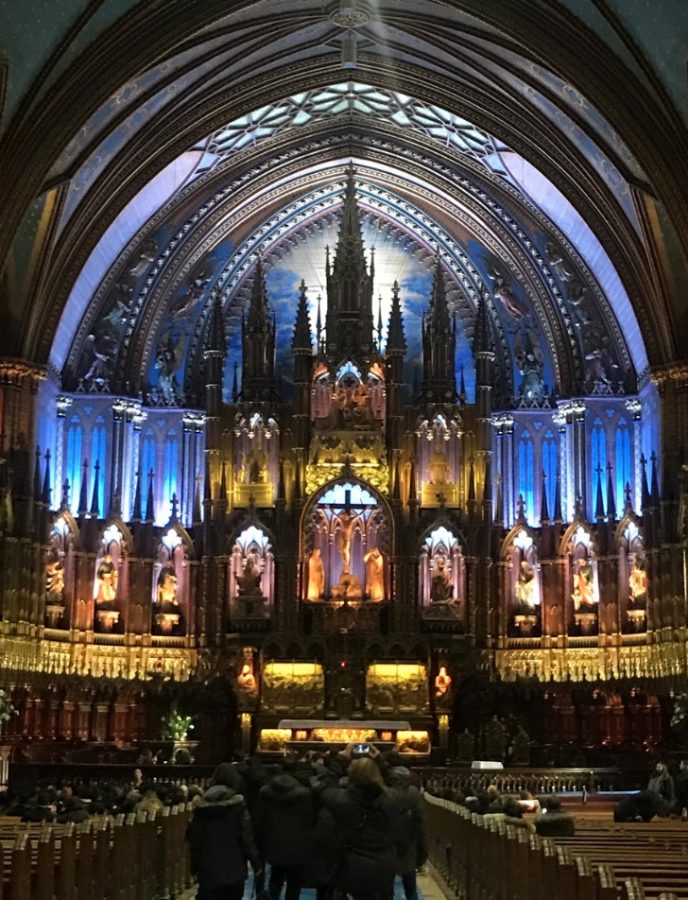 Before November 18, I had never been to Montreal. After spending a little more than three years here in Burlington, I’d heard tales from friends and seen pictures of the city, but despite the fact that it’s only two hours away, I had never been. When I got the chance to go through Champlain’s International Community Club, I grasped the opportunity and held on tight. I knew this would be an experience to remember. Here are ten reasons why you should have that experience too.

It’s a real city: Okay, technically Burlington is a city, but not really. If you want a taste of real city action, go take a ride to Montreal. The tall buildings alone are a huge difference compared to Burlington, so take a day to explore this real-life metropolis.
It feels like you traveled way farther than you actually did: Seriously, the language difference alone makes you feel like you took a plane ride to France instead of a car ride to Canada. Every single piece of writing is in French, Old Montreal looks like it belongs in Europe, there’s a ginormous cathedral, and poutine is everywhere!
Champlain Montreal: You can go visit your friends while they’re abroad, or you can check out the place before making a commitment to study there. You can spend one Saturday checking it out and it won’t take up your entire weekend (although you’ll probably want to spend more than one day there).
Pretty much everyone knows English: If it’s the language barrier that’s stopping you from going, don’t worry. Pretty much everyone in the city knows English as well as French. It is a bilingual city, after all. Though it would be nice to learn the French for “excuse me,” “thank you,” and so on.
The game industry is huge: If you’re a game major, you absolutely have to check out Montreal. There’s the Montreal International Game Summit, multiple game companies that call Montreal home, and a big artsy atmosphere. Basically, it’s the perfect place for game geeks.
The Canadian dollar is worth more than the US dollar: When you’re up there and you withdraw $40 from the ATM, you’re actually taking out about $30.50. That way, when you buy a $16 poutine, you’re only spending $12. That’s a pretty good deal when you look at your bank account later, huh?
The food is good: Especially in Chinatown. Seriously, go check out the food in Chinatown. Dumplings, dim sum, bubble tea, it’s all there! We went to a really good restaurant called Qing Hua Dumpling and I highly recommend it.
It may be a bit colder there, but you won’t really notice: Unlike Burlington, there are subways, metros, and multiple other ways to get around the city without spending too much time outside.
There are always things to do: For instance, shopping, eating, or going to a museum. Montreal has everything and then some. We went to the Botanical Gardens, but there’s also the Biosphere, and a former Olympic Stadium!
When we left the city, the Jacques Cartier Bridge over the Saint Lawrence River glowed royal purple, and the nearby amusement park was all lit up. Montreal seems its happiest at night and I’m so glad we were able to see it.

I’ll definitely be making a second trip to Montreal at some point in the near future. It’s a place I think every Champlain student should visit before they graduate, for the experience. Burlington is pretty cool, but Montreal is something else entirely.