The Fast and Furious Franchise: Why Is It so Popular? 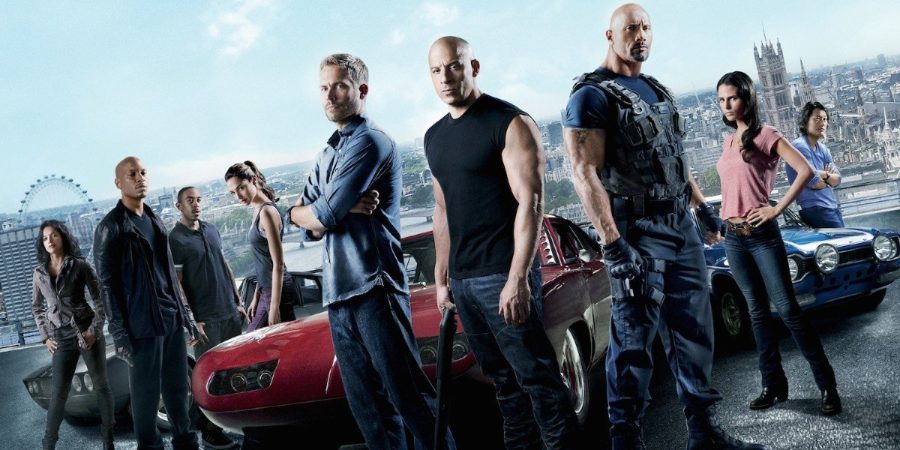 Whether you like it or not, you have probably seen at least part of a Fast and Furious movie at some point in your life. Everyone is familiar with the mega blockbusters that seem to come out every single year and make a billion dollars before disappearing from the pop culture conversation.

Before last year, my only experience with the franchise was being dragged to Furious 7 by two friends of mine. I never thought much of it nor could I recall the plot thirty minutes after leaving the theater. But that all changed last year.

If you’ve got a good group of friends, watching a bad movie together is oftentimes more fun than watching a good one together. And that’s exactly what I did with my roommates for every movie in the franchise.

As F9: The Fast Saga’s release date approached, I found my self somewhat envious of people who could love such a mindless, dumb, fun action-adventure movie. Because of that, I took it upon myself to sit down and watch all nine films (and one spinoff film). After a month or so of marathoning, I found myself taking a page out of Dom Torreto’s book and living life “a quarter mile at a time.”

The franchise, directed mostly by Justin Lin, has managed to persevere in spite of the widespread criticisms leveled at it with every installment. It says a lot about human nature that after a year and a half in isolation, the movie to bring people back to theaters was F9, grossing a whopping 726.2 million dollars. The continued popularity of these movies proves that the popcorn movie is still alive and well.

We laughed at the terrible dialogue, the dated special effects, and Vin Diesel’s humorously stiff performance in every movie. We were dumbfounded by the cliches and the franchise’s leap from the believable to the completely bonkers.

For reference, the first movie is about street racing and the craziest thing happening is jumping over some train tracks. By the fifth movie, the characters are pulling a massive safe through the city streets, destroying everything in sight. In the ninth movie, two of the characters strap a rocket to their car and fly into space. It’s safe to say every movie gets more and more ridiculous than the last.

Part of the charm of the franchise is how it viciously clings to its roots. Every movie makes time for at least one street race to remind the audience this is indeed the same franchise. Each movie’s climax revolves around cars. It shows that Vin Diesel is at least partially responsible for a lot of this, serving as a producer on the films since the fourth movie. No matter what the situation, you can bet your bottom dollar Vin Diesel will find a way to involve his Dodge Charger in it.

If you can be content with not taking it too seriously and letting yourself enjoy the ride (pun intended) you’ll be hard pressed to not find moments to laugh, cheer, and be completely dumbfounded at some of the choices in these movies.

Our Fast and Furious marathon started as something to make fun of during social gathering, but quickly turned into genuine investment in what would happen next. Although every character is one-note and every plotline is predictable, we found ourselves genuinely feeling sad when it was time to say goodbye to the late Paul Walker’s character Brian in Furious 7.

There’s a certain charm to the simplicity. These are crowd pleasers that pride themselves on having cool cars, brawls between buff dudes, and low bar humor. They have never pretended to be anything more and hopefully they never will. There’s no commitment, you don’t need to know what happened in the last movies to enjoy one. This can sometimes be refreshing in a world where you need to pay careful attention to every Marvel or Star Wars movie’s plot to understand what comes next.

The movies are not fun to watch at first, since they’re still pretending to care about street racing. But keep going, I promise it is worth the wait to see Vin Diesel tackle Michelle Rodriguez out of the sky before plummeting 60 feet onto the hood of the car below.

We’ve all heard the memes about “family” and how these movies constantly beat you over the head with how they’re all about family. It’s completely true and totally ridiculous and I love every minute of it. Bad movies are really fun, I will never say these movies are beautiful commentaries on the human condition. Instead, cars go fast, Dwayne Johnson has big muscles, and the eighth movie has zombie cars. What more could you need?

My advice to you, the prospective fast and furious enjoyer, is not to watch these alone. Grab some friends, get some snacks, and buckle up. Don’t take it seriously and join the family.