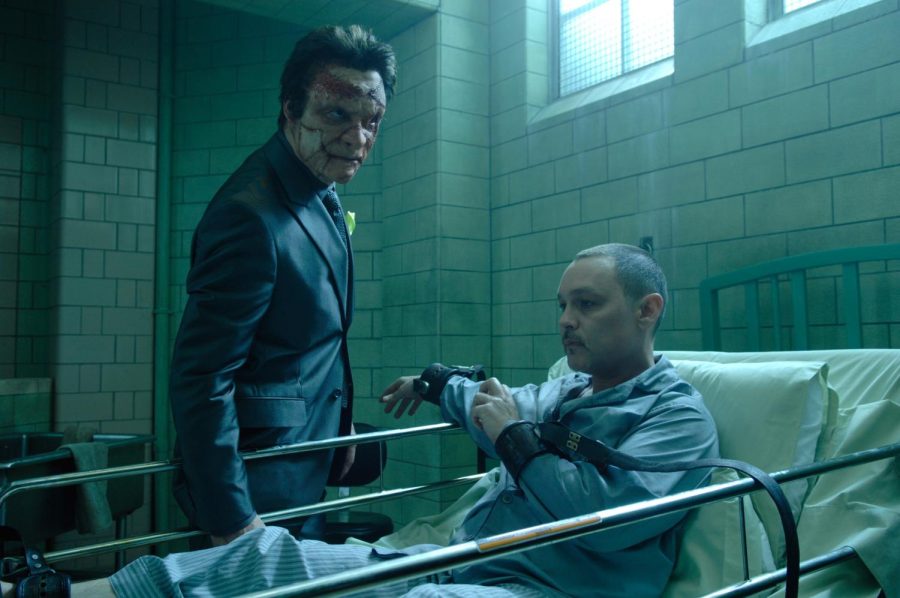 How does one begin to describe Punisher: War Zone? I could start by calling it one of the goriest films ever made, but that description feels reductive. Many films are violent, but Punisher War Zone is a viscera soaked cavalcade of human cruelty. Violence defines the film, with director Lexi Alexander eschewing any notion of plot or characterization in favor of horrific action set pieces. By most objective definitions, Punisher: War Zone is a repulsive film, one that appeals to the lowest common denominator of grindhouse cinema. And yet, Punisher: War Zone, in its brazen barbarity, feels unique when compared to your typical studio blockbuster. Audiences at the time weren’t ready for Alexander’s splatter drenched destruction, for her bone-crunching set-pieces were unlike anything they had seen before.

Picture yourself in 2008. You’ve just walked into a sparsely populated theatrical showing of Punisher: War Zone. The film begins, and you’re introduced to War Zone’s protagonist. Exhibiting the disposition of a clinically depressed pitbull, Ray Stevenson’s Punisher drops from the ceiling to decapitate a wheelchair-bound crime boss. From that point on, director Lexi Alexander guides you through a world marked by high camp and brutal ultraviolence.

Many were repulsed by the film’s gleeful savagery. Roger Ebert famously declared Punisher: War Zone “one of the best bad movies I’ve ever seen,” stating that it’s only flaw was “that it’s disgusting.” Grossing just over ten million dollars on a thirty-five million dollar budget, the film was considered a financial disaster. War Zone’s abysmal box office performance killed Lexi Alexander’s directing career and holds a record as the lowest grossing Marvel film of all time.

If Punisher: War Zone is remembered for anything nowadays, it’s most certainly the blood-drenched savagery of its action sequences. Visceral gore punctuates every instance of violent impact. Bullets explode through human torsos, with every death resulting in a bone-crunching geyser of blood. Such violence would be sickening in the hands of most filmmakers, but Alexander’s talent as a director justifies her brutality.

Given the gallons of blood and bile spilt throughout this film, you’d be forgiven in assuming that Punisher: War Zone is nothing but testosterone-poisoning machismo. However, the filmmaking on display is a clear love letter to camp cinema. War Zone’s mise en scene is carefully constructed to mimic the vibrant world of a comic book. Alexander’s color palette is marked by bright purples, deep blues, and apocalyptic yellows, providing a visually engaging battlefield for her brutal violence.

War Zone’s pop-art inspired visuals compliment its subversive sense of humor, providing a perfect contrast to the film’s ultraviolence. Saddled with a screenplay filled with horrendous dialogue, Alexander had little choice but to inject the film with a healthy dose of camp. Under her direction, every actor puts 110 percent into their performance, hamming up their delivery to hysterical effect. Lines that read poorly on paper are made exponentially better thanks to this wonderful over-the-top approach. Dominic West stands out in particular, injecting bombastic life into a prototypical comic book villain. Caked under layers of ridiculous make up, West devours the scenery with the joy of a small child, reveling in his own debauchery. Performances this big can easily derail a film, but they work stupendously under Alexander’s confident directorial hand.

Punisher: War Zone is far from a perfect movie, but it clearly comes from extremely talented people with a unique vision for blockbuster filmmaking. Alexander has gone on record detailing how executives refused to trust her directorial instincts, meddling with production both on set and in post. She was labeled as difficult for sticking by her creative vision, with the studio heads locking Alexander out of the editing room during post production. War Zone’s box office failure was placed entirely on Alexander’s shoulders. She was fired by her agent and effectively cut off from Hollywood, having only directed one feature film since War Zone’s release.

Thankfully, Lexi Alexander has had a resurgence as a political activist in recent years, becoming an outspoken advocate for gender equality within the film industry. She has garnered a devoted following fighting for systemic change, but has yet to return to her filmmaking career. Which is honestly a shame, for she was a truly gifted filmmaker with a unique directorial vision.

Most directors would look at a film like Punisher: War Zone as nothing more than a paycheck, and few would bother providing such a story with any sense of style. Not Lexi Alexander. Using her distinct color palette, off kilter sense of humor, and an eye for creativite ultraviolence, Alexander transformed a potentially forgettable blockbuster into camp-infused love letter to grindhouse cinema. The film may be crass in its violence, but it’s uniquely crass. No other filmmaker could have made this movie, for there is something fascinating about Alexander’s fearless devotion to slaughter-based ferocity. And her film, while critically reviled, deserves to be remembered as a unique example of cinematic excess.