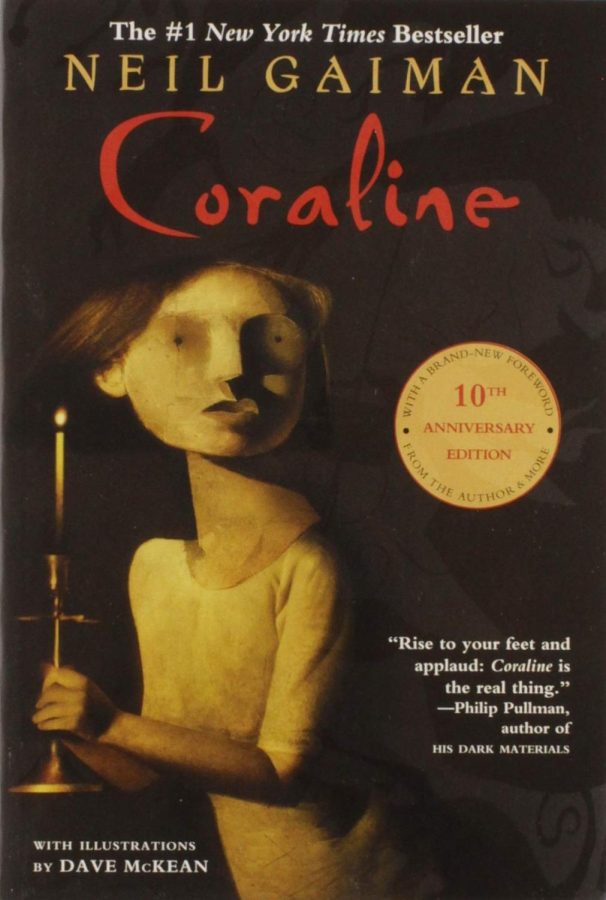 Haley Seymour, Editor in Chief- Tuesdays with Morrie is a book about death. It’s a true story, written by Mitch Albom, in which he begins visiting with his college professor, Morrie, after he finds out he has ALS. ALS is a disease that originates in the nervous system, causing loss of muscle control over time. Mitch meets with Morrie every Tuesday, bringing him lunch, to discuss the many meanings of life and death. The conversations in the book are real conversations between Mitch and Morrie, as Morrie continues his journey towards death. It’s a short read, and it keeps you invested the entire way through. It feels as though you are in the room with Mitch and Morrie, hearing their voices speak about their experiences. Tuesdays with Morrie is an amazing book, especially when looking for a new outlook on life.

Bel Kelly, Associate Editor- Aristotle and Dante Discover the Secrets of the Universe by the fantastic Benjamin Alire Sáenz is a book most of us read in the 2010s, and one we sorely need to pick back up for a reread. I had the abject pleasure of reading this book for a class recently, which reminded me of everything I loved about it the first time around. It details one year of a Texas teen’s life, in which he gets to know his parents as people, gets to know himself, gets into a terrible accident, gets to know trouble, gets a dog, and gets to fall in love with his best friend. Although it’s set in 1987, it is still perfectly timely and painfully applicable to life now. This book is impeccably crafted, extremely thoughtful, and terribly addictive. It’s a nostalgic summer book— just the thing to read now during winter while we’re all longing for sun.

Danni Petrilak, Content Editor- Coraline by Neil Gaiman is a riveting story complete with twists and turns that kept me on the edge of my seat with all the macabre and grotesque descriptions of the popular claymation characters in the movie by the same name. This story follows the point of view of 11-year-old Coraline Jones as she moves into the Pink Palace with her family, only the Pink Palace has a dark secret— a secret that only neglected children can see. Take it from me, you just have to read it.

Katherine Townsend, Staff Writer- Disney War by James B. Stewart is a fascinating dive into the behind-the-scenes operations of the Walt Disney Company and its subsidiary partnerships, focusing on the controversial decisions and monumental impacts that former CEO Michael Eisner had on the company. If you’re anything like me and are interested in working in entertainment, film, hospitality, or really any other creative industry, the Walt Disney Company will have an impact on the direction of your field. As Disney experiences yet another shift in leadership, it’s interesting to reflect back on what the company went through during Eisner’s tenure, and how that might compare to what is happening today. I highly recommend picking up this book during your break; you are sure to get reeled into the drama of the company behind so much of the media we consume.

Noah Phillips, Staff Writer- Dune by Frank Herbert is one of the most iconic and influential science fiction novels of all time. The book follows Paul, the son of the great House Atreides in the far future of humanity, as he and his mother Lady Jessica attempt to save the desert planet of Arrakis, which House Atreides was assigned to steward before being attacked by the rival House Harkonnen. The book is a very compelling read, especially with the new film adaptation having been released, and it has been regarded as one of the pioneers of science fiction, and the sci-fi equivalent of The Lord of the Rings. It is fairly long, and it has an impossible amount of detail and worldbuilding, but Dune is still very much worth a read.

Eric Banks, Staff Writer- Watchmen is to-date one of the greatest pieces of literature ever written, and one of the shrinking examples of comics as an artform. Taking place in a dystopian 1985, Alan Moore’s profound comic book serves a brutal deconstruction of the superhero ideology. Utilizing his neo-liberal anarchist sensibilities, Moore strips away the mythology associated with costume vigilantism to reveal the disturbing realities of the genre. In Moore’s world, masked crime fighters are either tools for consumerism or violent psychopaths who view themselves above the law. While not an easy read, Watchmen is a fascinating satire that continues to age like fine wine throughout the years.

Elizabeth Marando, Staff Writer- Rasl, published in 2013 by Jeff Smith, is a sci-fi noir graphic novel. For anyone who read Smith’s Bone series growing up, it is a surreal experience to see his trademark Bone style take an unexpectedly dark and complex route. Interestingly, though, they both begin in a desert. Rasl takes place in Arizona and follows a man known as Rasl, a thief with a fascination for Nikola Tesla, as he encounters romance, different dimensions and a lizard-faced man. It has been criticized for its portrayal of women and relationships, but it certainly holds up art and history-wise. Speaking as someone who has hardly read or seen science fiction, it was an engaging introduction to the genre. There is a clear, genuine fascination for Tesla’s work and Native American influences present that remains contagious throughout. Initially published through black and white comic volumes, this is a colorful, combined and worthwhile work.

Zoe Leone, Staff Writer- Daisy Jones and The Six by Taylor Jenkins Reid is a vivacious novel that follows a fictional rock band from the 70s. It reads like the transcript of a music documentary as the members of the band, producers, friends, and family retell the story of the famed Daisy Jones and the Six. Sex, drugs, and rock ‘n’ roll are at the center of this oral history that frames the rise and fall of the band. The gritty glamor of the novel will have you desperately hooked from the very first page, but the twisted and intersecting relationships between the characters will keep you seated until the very last. Enjoyers of the 70s rock genre (specifically Fleetwood Mac fans) will find the novel especially captivating, but lovers of romance, epic friendships, and enthralling chaos will find something for them within the story too. Daisy Jones and The Six is the kind of book that will stick in your mind long after winter break is over, but not to worry: a TV adaptation starring Riley Keough and Sam Claflin will be hitting the screens in 2022.

Rebecca White, Staff Writer- A Little Life by Hanya Yanagihara is a distressing, gut-wrenching, romantic, and captivating book that follows four college graduates who are bound together by their deep pasts and their extraordinary friend with a traumatic childhood. The book explores the men’s relationships, traumas, careers, addictions, pasts, and successes. Yanagihara captures the complexity of one’s life, relationships, and emotions in a raw and heavy way. The book covers weighted topics such as self harm, abuse, and suicide, and I seriously recommend reading reviews before the book to make sure it’s right for you. I’m not going to lie, this book is full of tragedy and is very depressing at times. Despite that, once I started reading it, it was all I could think about.

Warren Baker, Advisor-  Mystic River by Dennis Lahane. I watched the movie before I read the book, but found both equally satisfying. The novel is a solid read: Tight writing, excellent characterization, intricate plotting. The story relates a fictional yet plausible underside of the Boston community that centers around three main characters and their responses to a horrific tragedy.

I recently finished and recommend The Resisters by Gish Jen, a dystopian story that revolves around three main characters – mother, father (the narrator) and the daughter, as well as all manner of interesting minor characters. Baseball forms the cohesive glue around this story of personal discovery and enlightenment, and the choices the characters have to make in a world in which no one’s quite sure what will happen next.