Arcane: The League of Legends Show is Far Better Than it Has Any Right to Be 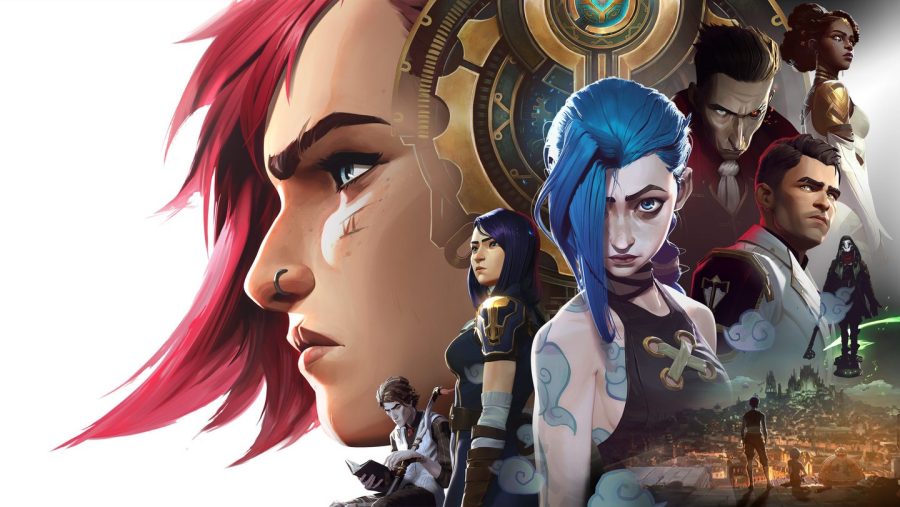 Cinematic video game adaptations rarely succeed at being quality entertainment, often proving to be middling at best and utter trainwrecks at worst. Despite this, the folks at Netflix seem to have made it their mission to successfully translate the artistry of games into the medium of television. The streaming service struck gold with their impressive Castlevania series, managing to turn a simple platformer into an animated epic filled with gorgeous carnage and brilliant voice acting. Now, Netflix has managed to top themselves with their League of Legends prequel Arcane. Featuring a brilliant story from writers Christian Linkle and Alex Lee, Arcane has proven to be a stunning piece of animation that transcends its connection to League in favor of being a masterful narrative in its own right.

Consisting of several engaging storylines throughout it’s unique universe, Arcane is a masterclass in pitch perfect worldbuilding. Half of the narrative takes place in Piltover, a beautiful city marked with pristine architecture, technological innovation, and political corruption. Piltover’s notable inhabitants include Jayce, an ambitious scientist who dreams of recreating magic, and Caityln, a low-ranking police officer pigeon-held by the corruption within her profession. Through these characters the audience gets to see how Piltover’s twisted politics and deeply rooted classism compromise both their government and morals.

Arcane’s story is not limited to the walls of Piltover, with the writers showing even more interest in exploring the neighboring nation of Zaun. Populated with seedy bars and grimmy alleyways, Zaun’s undercity is a far cry from the utopian aesthetic of Piltover. Zaunites find themselves stricken with poverty and resent Piltover for denying their land its independence. Two such citizens include orphan sisters Vi and Powder, starting the show as fledgling thieves united by their strong sororal bond. However, both sisters find themselves on vastly different paths as tensions brew between Zaun and Piltover. Powder takes a particularly dark turn, becoming a dangerous terrorist by the name of Jinx, putting her in direct conflict with her sister.

The relationship between Jinx and Vi makes up the heart of Arcane, providing an emotional source of conflict that adds weight to the show as a whole. Linkle and Yee have a gift for characterization, reinterpreting the elementary champions of League as multifaceted human beings. Vi and Jinx are wonderful characters, with the latter proving to be one of the most complex television creations in recent years.

Jinx is guilty of several heinous crimes by the end of this season, yet she remains sympathetic thanks to her well-established motivations. Linkle and Yee take their time with setting Jinx up as a character, showing the audience a woman plagued with abandonment issues, survivor’s guilt, and mental illness. However, the writers refuse to frame psychological trauma as the root cause of Jinx’s violent behavior. Instead, Arcane employs breathtakingly inventive animation to demonstrate how such psychological trauma has influenced her view of the world around her.

Jinx is characterized by her inability to process the sins of the past, an issue exacerbated by her desperate need for a loved one’s approval. Arcane’s animation reflects her internal conflict beautifully, utilizing masterful visual storytelling to illustrate the nature of Jinx’s psyche. Heavily implied to suffer from schizophrenia, Jinx often feels stuck in a world warped through her own anxieties. Rather than characterize Jinx’s mental illness through cheap exposition or problematic stereotypes, the animators of Arcane demonstrate her perspective through the capabilities of the medium.

Animation glitches occur frequently whenever Jinx is on screen, with crudely drawn faces scribbled onto the sources of her insecurities. These uncanny visuals become more overwhelming as Jinx’s mental health deteriorates, eventually giving way to voices and guilt ridden hallucinations. Many media portrayals of schizophrenia alienate viewers from non neurotypical characters, characterizing them as practitioners of violent madness. However, Arcane’s visual presentation of Jinx’s psyche allows audiences to empathize with the character, bringing her reality to life in order to better understand the context of her behavior. Serving as far more than mere eye candy, Arcane’s stunning visuals help enrich the narrative’s deep pathos with true artistry.

No other show looks like this, with each episode showing off theatrical levels of polish and craftsmanship. Utilizing a combination of stylized CGI and clever hand drawn effects, this is one of the most visually stunning pieces of television ever to grace the small screen, animated or otherwise. Every frame of Arcane is dripping with detail and a consistent sense of motion, putting this cartoon in a class of its own.

All of the characters move with true fluidity; you can really feel the weight behind every punch, kick, and breath. However, Arcane’s mastery of movement extends past the show’s jaw-dropping action sequences, for every character moves with their own sense of unique kinetic energy. No one else on this show has the unbridled manic energy of Jinx, nor do they carry themselves with Vi’s steel-jawed determination. When paired with Linkle and Yee’s quality writing, Arcane’s animation soars in service of a true epic.

I have no interest in League of Legends. I have never played the game and don’t plan to for the rest of my natural life. But I love art, and this television adaptation of League of Legends is, like it or not, true art. Arcane is more than just a great adaptation, it’s a phenomenal show in its own right, boasting rich world-building, deep characterization, and game changing animation. Visually stunning and emotionally eviscerating, shows like Arcane only come around once in a blue moon, and are worth checking out regardless of your familiarity (or apprehension) of the source material.