Father Knows Best: How the Roy Siblings are Trapped in Succession 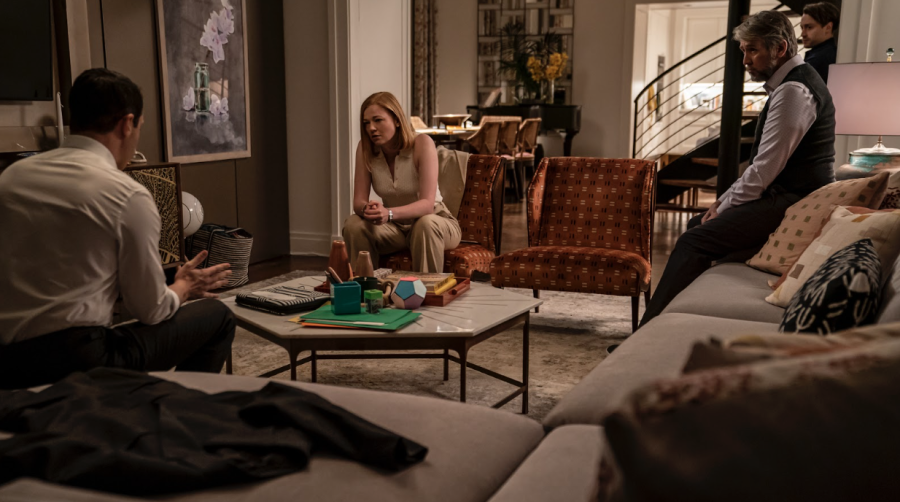 “I am deeply concerned for the well-being of my brother. Our entire family has supported him through his many attempts at rehabilitation for his multiple addictions, but the events of the last days have made it clear that our hopes for his recovery were misplaced…” reads the letter written by Siobhan (Shiv) Roy about her older brother, Kendall Roy, in Sunday’s episode of the critically acclaimed HBO show, Succession.

As the show enters its third season, the stakes surrounding the Roy family have only gotten higher. What started as a fight amongst four siblings to succeed their father as CEO of the family business (Waystar Royco, the biggest and most powerful media company in the world – no big deal) has now evolved into a brutal battle among Connor, Kendall, Shiv, and Roman Roy for survival. The company and their father, the famed Logan Roy, are facing federal investigation after the explosive season two finale ended with Kendall exposing his father’s and the company’s involvement in the silencing of rape victims and cover ups of a myriad of criminal activity on the Waystar Royco cruise lines to the world.

The Roy siblings have always been fighting to get out from under the thumb of their tyrannical and abusive father, but the latter half of season two and the first three episodes of season three have shown them facing volatile new enemies: each other. The family has become completely divided, with Kendall attacking from the outside, Shiv backing Logan, and Connor and Roman tentatively staying behind their father. The once rock-solid Roy family has dissolved into chaos and bitter acts of revenge.

Conflict is not a subject that’s even remotely new to Succession, but the vitriol between the siblings is. It’s a show of violence that the audience has never seen before for a reason: Connor, Kendall, Roman, and Shiv once had nothing to lose. Their father and Waystar Royco are at the brink of destruction and their individual lives are slowly sinking into disarray. They’ve been forced to fight for themselves in a way that’s brought out such intense fight or flight instincts within each of them that they feel more apt to turn on each other if it means they get to be the last one standing.

Kendall’s sobriety is constantly dangling by a thread as he both tries to clamp down on his outbursts of anger and tries to usurp Waystar Royco from Logan. Shiv is slipping further and further into corporate villainy as she fights to prove her worth to her father. Connor is naively attempting to win the presidency with zero backing from his family. Roman is forced to endure verbal and physical blows from Logan as he decides between backing his father or his pseudo-lover, Gerri Kellman.

Their lives are a mess, each a twisted warp of the perfect person they try to present to the world, a result of a lifetime of manipulation, abuse, and negligence from their father. And yet, no matter how obvious it seems to the audience that the problematic common denominator in this situation is Logan Roy, the siblings are blind to the ways in which their father continues to control them, even when they believe they’ve escaped his puppetry.

Season one saw Logan planting stories on his news sites about Kendall relapsing and his spiraling mental health. Season three saw Roman suggesting the company make a statement referring to Kendall as insane, while a few episodes later Shiv wrote the above-mentioned letter. Roman has spent the entire show receiving hit after hit about his sexuality from Logan, and a previous episode saw Shiv snarkily quip at him that eventually he’s going to have to suck it up and sleep with someone. In season two, Logan repeatedly told Shiv she brought value to the company by being a woman, while in season three, Kendall angrily preached that she was only valuable because she was a girl.

As the siblings attempt to distance themselves from the influence of their father, it has become abundantly clear that the claws of Logan Roy have sunk in deep. They hurt each other in the ways they know they can: the ways their father did their entire lives. They know each other’s insecurities and deepest fears inside out because they’ve watched as Logan has expertly exploited each of them.

Every new episode of season three has amassed debates on which sibling is the most like Logan, with parallels being drawn between their father’s heinous acts and their own. But as the story continues on and the Roy siblings bury their hatchets in one another, it’s obvious that a piece of Logan lives and thrives within each of them. Their attempts to become their own people have only shone light on the ugliest sides of themselves as they resort to the base instincts of fear, violence, and manipulation that have been instilled in them. While it’s easy for the audience to groan in frustration at each new betrayal, it’s difficult for Connor, Kendall, Shiv, and Roman to fight their innate muscle memory. At the end of the day, it’s all they know.

That being said, hope is seemingly not lost for the four. When Sunday’s episode saw Shiv writing her letter, she asked both Connor and Roman to sign it in order for it to be a bigger hit against Kendall. They both adamantly refused, with Connor calling it a “Times New Roman firing squad” and Roman saying it made him feel unwell. Amongst the backstabbing and brutal digs at one another, it was a rare show of solidarity between (most) of the Roys.

The scene registers an interesting point that the show has yet to delve explicitly into, which is that the Roy siblings are all survivors of abuse at the hands of their father. Whether it was physical, like we’ve seen Roman endure, or intense psychological and emotional abuse, like what Kendall, Connor, and Shiv have all dealt with, the way the siblings react is often an instated trauma response. They’ve all spent years molding themselves into idyllic people just to survive as their father’s children. That’s why Connor and Roman’s refusal to participate in Shiv’s slander of Kendall stands out so starkly. Their defiance is one of the only times they’ve been able to use their love for one another to break the cycle of abuse. 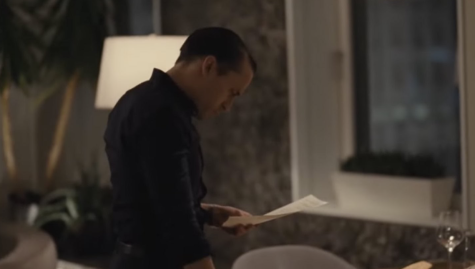 In the end, that’s really what it comes down to. Logan has been able to ingrain his vitriol so deeply within his children. If they didn’t mirror his vileness, they never would have been able to survive. But now that they have and Logan is starting to lose both his power and his control, what does this mean for the people Connor, Kendall, Shiv, and Roman have become? How do they learn to heal from and let go of the only things they’ve ever known?

Only time will tell if the four siblings will be able to put aside their egos and differences to finally take down their father, but viewers can’t help but hope that soon the show will find the Roy siblings fighting on the same team once again.