Venom: Let There Be Carnage is Just So Beautifully Stupid 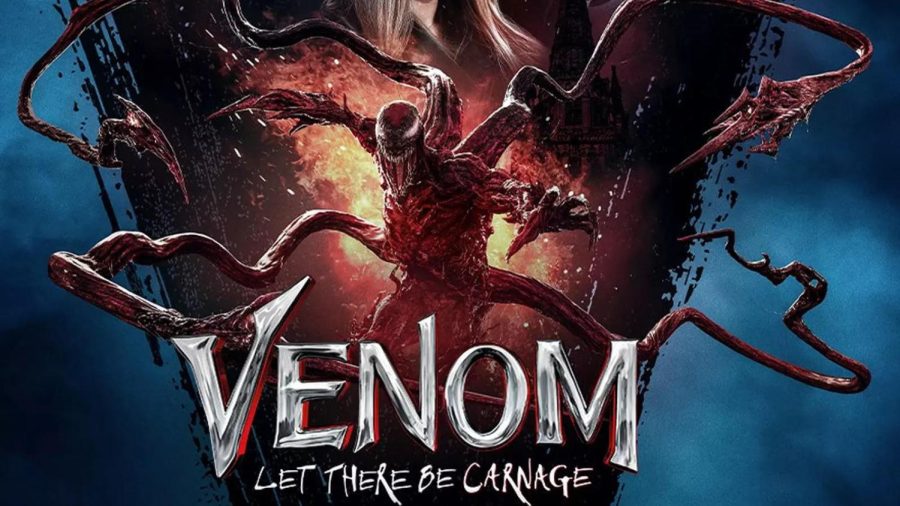 Of all the comic book movies to be released in the past decade, few were as insane as Venom (2018). Despite receiving terrible reviews from critics, the film not only grossed nearly a billion dollars at the box office according to box office outlets, but it also gained a pretty large cult following. The film felt like unashamed comic book schlock straight out of the mid-2000s. And despite some unnecessarily self-serious moments and being hampered by a PG-13 rating, the film was a perfectly stupid, fairly enjoyable comic book romp. With the film’s surprise success, a sequel was all but guaranteed, and now acclaimed actor and occasional director Andy Serkis is taking over the reins of Marvel’s lethal protector with Venom: Let There Be Carnage.

The plot of Venom: Let There Be Carnage picks up several years after the events of the first film. Eddie Brock (Tom Hardy) is continuing to live in San Francisco with the alien parasite Venom inside his body. In an attempt to reignite his career as a journalist, he tries to interview Cletus Kasady (Woody Harrelson), a notorious serial killer who is approaching death row. However, after getting into an altercation with Eddie that grants him part of the alien Symbiote, Cletus survives the lethal injection and becomes a spawn of Venom known as Carnage. With him on the loose, and planning to unleash, well, carnage upon the city, it is up to Eddie and Venom to stop him.

That is, surprisingly, pretty much it for the plot of the film. The film does not try to pull too many twists, nor are there many surprises it tries to hide from the audience (save for a spectacular after-credits sequence), and that is perfectly fine. The film knows what it is: a hilariously dumb cross between a superhero film and a romantic-comedy, of all genres, and it mostly works.

At least, it works on a completely ironic level. Looking at it as an actual film, the story is complete lunacy. The film dashes from one plot point to another, lacks almost any exposition, and the entire experience is just completely insane to sit through due to its fast pace and the absurd directions the story takes. With all of that said, while the plot and pacing of Let There Be Carnage may be pretty bad, it is definitely a fun and comfortably mindless watch.

Moving on to the acting, the lunacy continues, but in the best way possible. While Stephen Graham and Michelle Williams are rather boring as Detective Mulligan and Eddie’s ex-fiance, Anne, respectively, some of the other actors are absolutely great. Tom Hardy is having the time of his life as both Eddie and the voice of Venom. On the other end of things, Woody Harrelson is an absolute blast to watch as Carnage. He absolutely steals the show, hamming things up and chewing the scenery like his life depends on it. Despite this, he still manages to have a very faintly deep side to him in regards to Shriek (Naomi Harris), though it is honestly really not that deep. Speaking of Shriek, Naomie Harris gives an enjoyable performance, even if it is not too deep, just like with Harrelson. The acting is not the best, but it definitely gets the job done.

As for the technical aspects, the film is admittedly pretty sloppy, but some things still stand out. The editing is completely jarring. While not many individual scenes look too choppy or unnatural, it instead feels like half of the scenes have been cut out, adding problems to the film’s pacing. The score by Marco Beltrami is nothing horrible, but it is definitely far from his best, and it just feels fairly generic and forgettable.

With that said, the cinematography by Robert Richardson is pretty nice at times. Also, the visual effects are mostly good, especially on Venom and Carnage themselves. The original song “Last One Standing,” while nowhere near as iconic or bonkers as the titular track from the first film, it is probably the better song, even though it feels pretty similar to other end-credits songs from comic book movies like it. The technical elements of the film are nothing groundbreaking, and some of them are just bad, but not all of them are completely terrible, either.

However, there is one big problem with the film, and it is one that plagued the first film as well: the PG-13 rating. The Venom films would not only benefit from a very hard R-rating but they kind of need it to be entirely effective. This is Carnage we are talking about: one of the most violent and horrifying villains in comic books. I do not want to argue that the film needs gore and guts to be good, necessarily. But for a film about two extremely violent characters, with the titular character even referencing their moniker of the “Lethal Protector,” it definitely would have benefitted from it. As much as I will defend some parts of the film, the PG-13 rating is something that genuinely upsets me, and I pray that the inevitable third film finally gets to go all-out in vicious, R-rated action.

Despite the many problems the film has, I honestly cannot help but love it. Venom: Let There Be Carnage is not a good film by any means, with a maniacally stupid plot, horrifically fast pacing, and an extremely restrictive PG-13 rating. But on the other hand, the two main performances, the admittedly nice cinematography, and the off-the-walls insanity of it all save it for me. In the end, Venom: Let There Be Carnage is just so impeccably stupid that it is impossible to take it seriously, but it is so self-aware of how dumb it is that I cannot help but enjoy it.