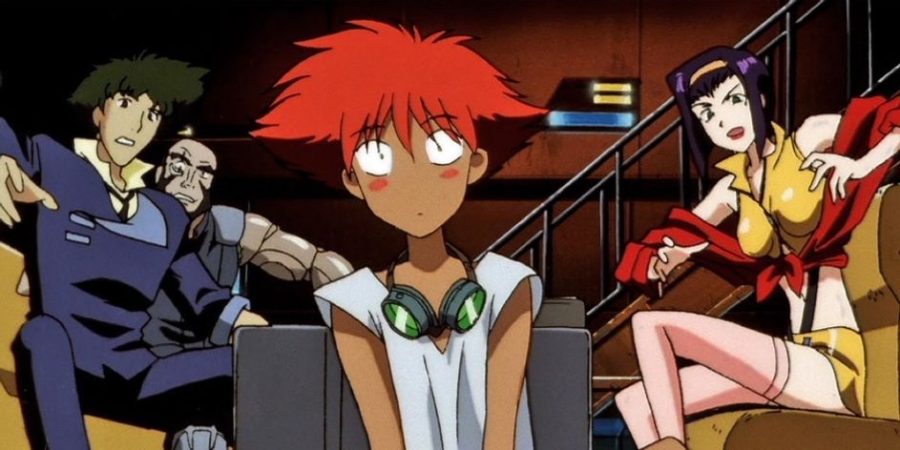 On September 3, 2001, the first episode of Shinchiro Watanabe’s Cowboy Bebop aired on Adult Swim, exposing American audiences everywhere to a show that can only be described as a uniquely postmodern collage of several disparate genres. Billed as “the work that became a new genre itself,” Bebop proved to be a smash success in the states, drawing instant acclaim for its style, bold storytelling, and quality dubbing.

Years later, Bebop has carved out a legacy as one of the most important anime in recent memory, with a live action adaptation making its way to Netflix in November. However, in order for this new version of Bebop to prosper, the showrunners must remember why the original continues to be held in high regard. Because underneath the flashy style and genre blending of Watanbe’s original show lies a melancholy masterpiece with a keen understanding of human connection.

Cowboy Bebop centers on a crew of bounty hunters stationed on the titular Bebop, a ship that roams the universe in search of high priced bounties. The best hunter among the crew is Spike Spiegel, a laid back martial artist who drifts through life with no purpose, waiting for his violent past to catch up with him. Spike’s partner for the time being is Jet Black, an old fashioned ex-cop with a laundry list of regrets in life. Both Jet and Spike frequently find themselves involved with fellow bounty hunter Faye Valentine, a vain young woman who proves to be both a hindrance and help for the duo. Faye frequently stows away on the Bebop, constantly looking for ways to pay off her mysterious debt. Rounding out the crew is Ed, a young computer genius who is completely divorced from reality, and Ein, a hyper intelligent “data dog.” Together, they drift across the cosmos, united by nothing else other than a need to eat and a sense of existential alienation.

While Cowboy Bebop isn’t the first piece of sci-fi pop about a team of misfits, it is perhaps the most unique in terms of its execution. Bebop’s main characters often feel isolated from each other, treating their crewmates with apathy at best and disdain at worst. And yet, by the end of the series, it is painfully obvious that this ragtag bunch of bounty hunters have grown to care for each other, for all of them find it heartbreakingly difficult to drift away from the Bebop. Very few shows have matched the heart-wrenching pathos of Bebop’s final quartet of episodes, with the anime’s twilight hours proving to be a painfully resonant case for the necessity of human connection.

Bebop’s crew share little in common, yet they are bound by their simple desire for companionship. All of these characters are trying to escape their past, and in doing so feel disconnected from the world around them. Their isolation becomes more apparent with each passing episode, with the crew coming across a variety of colorful minor characters who share their desperation for emotional connection. Many of these characters are tragic figures, sacrificing everything  in search of someone to help them combat a cosmic sense of existentialism, while our leads simply feel like bystanders watching the tragedy unfold. These parallels between the main and minor characters help us realize that the crew of the Bebop stay around each other out of necessity, not choice. They provide each other with companionship, sharing a subconscious kinship that helps alleviate their internal loneliness.

Of course Bebop’s profund themes on existentialism would be lost if the show were lacking in style or well realized characters. Fortunately, Cowboy Bebop provides both in abundance, showcasing a beautifully animated world packed to the brim with fascinating characters. Shinciro Watnabe’s style shines through every frame of animation, with his ability to blend various genres being put to full effect. Bebop is equal parts science fiction, western, and noir, with some episodes including various hints of blaxploitation, horror, and arthouse filmmaking. Yet it all blends together seamlessly, gelling together to create a decaying cyberpunk universe that is slowly giving way to moral decay. Yoko Kano’s iconic score breathes life into the show, featuring various gorgeous jazz compositions that add considerably to Bebop’s hypnotic aesthetic.

While the viewer never gets a chance to fully explore Spike, Jet, or Faye’s backstories,   the characters themselves are fully realized. Writer Keiko Nombuto gives her characters such a strong sense of style that we can’t help but be intrigued by them, with Watanbe’s dynamic animation only adding to the allure. Furthermore, Nombuto provides just enough background for each character to provide emotional depth without spoon feeding the viewers, meaning we are free to interpret their past with the clues we are given.

Mary Elizabeth McGlynn’s English translation of Cowboy Bebop is flawless, with many championing her dub as a masterpiece. Not only does the script maintain the soul of Nombuto’s writing, the English voice actors manage to expand upon the material’s pathos through their soulful performances. Spike and Faye have proven to be exceptionally well cast. Steve Blum reads Spike’s cold dialogue like pure poetry, utilizing a monotone delivery with just enough emotional weight to bring the space cowboy to life. Wendee Lee’s charisma shines through every scene with Faye, yet she also provides the role with enough vulnerability to give her character the depth she deserves. Cowboy Bebop’s excellent voice acting adds considerably to the show’s emotional weight.

To this day Cowboy Bebop remains a masterpiece, surpassing the confines of it’s genre to deliver a profoundly stylish commentary on the nature of loneliness. Bebop’s themes have only become more relevant in the age of COVID, with people across the country suffering from a profound lack of human contact that only makes the show’s central characters more relatable. While I have high hopes for the live action remake, it cannot be overstated that this new version of Cowboy Bebop has some hefty shoes to fill.