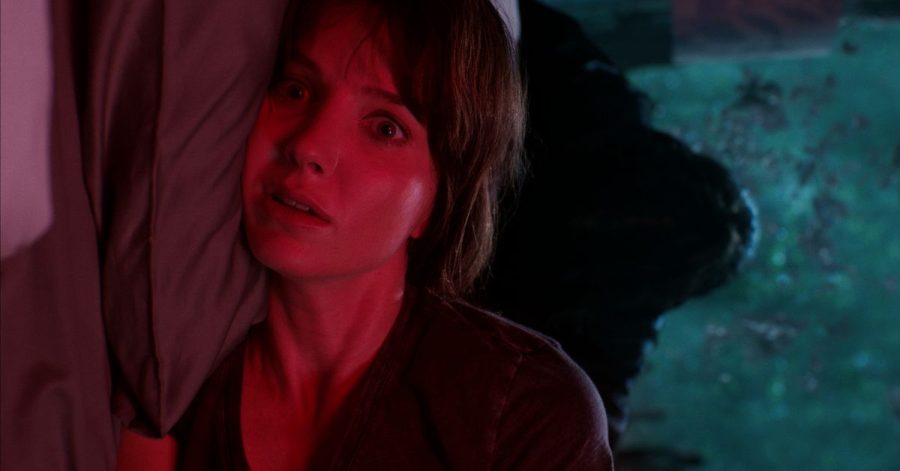 James Wan has to be one of the brightest voices in the horror genre in the past couple of decades. From his humble beginnings with the first Saw film, he later went on to create two horror franchises, Insidious and The Conjuring. He even managed to break away from the simple confines of the horror genre and made two pretty big blockbuster hits with Furious 7 and Aquaman. Due to his popularity and the success of these films, Wan has now essentially been given free range to make a film that is completely his own, for better or worse, in the form of Malignant.

Malignant tells the story of Madison, a woman played by Annabelle Wallis (Boss Level). Madison lives in Seattle with her husband Derek, but in typical horror fashion, things soon go awry. Madison suddenly begins experiencing visions of brutal murders across Seattle, all being done by a mysterious entity known as Gabriel, who may or may not be connected to Madison herself.

That is all I can really say about the story without pretty much giving away the entire thing. In all honesty, Malignant feels very jumbled in its story, both because of its attempts at surprising the audience and its generally confusing nature. There are several plot elements that are introduced and promptly abandoned, including one involving Gabriel’s powers. In addition, the twists it tries to pull off are painfully obvious, and none of it really surprised me. Finally, while the film, and especially its now notorious third act which I will not spoil, goes in very bizarre, campy directions, it definitely does not feel intentional, due to other scenes being incredibly dark and dramatic. Overall, the story of Malignant felt pretty weak, and it really did not do much to surprise me.

Moving on to the acting and characters, it is still incredibly mixed. Annabelle Wallis gives a fine performance as Madison, but sadly does not do anything particularly amazing. Other actors, including Maddie Hasson (Impulse) and Michole Briana White (Songbird), do not particularly stand out. None of this is helped by the script, which has some truly awful, exposition-riddled dialogue for a good deal of the runtime. The tone is also a huge issue, as it just feels way too inconsistent and often full of mood whiplash for what is, admittedly, not a traditional horror film. In the end, despite some effort, the acting in Malignant really cannot salvage the script.

On the technical side, things are better, but still not great. I will admit that the cinematography by Michael Burgess is pretty good at points, such as Wan’s trademark 360 degree shots, even if it does feel a little reliant on shaky cam towards the end. The editing by Kirk Morri is salvageable but is nothing particularly special. The score by James Wan veteran Joseph Bishara is really bad. Most of the tracks feel overly dramatic and bombastic, and the one or two good tracks in the film are licensed songs and not actually part of the score. However, the horror elements themselves are the best parts of the film. Nothing is really scary by design, but a lot of the gory effects did impress me, and that is the one thing that easily carries the otherwise weak third act. The technical elements are definitely the best part of Malignant, but it does not do much to save the whole product.

For once, I did not leave a horror film hating it, but instead, I felt almost nothing. Malignant is a true mixed bag, with a story that does not really work on many levels and is unintentionally campy. The film also has stiff acting “bolstered” by a terrible script, and is also hindered by an overly dramatic score. Yes, the cinematography and visuals are nice, and Annabelle Wallis tries her best, but those do not do the film nearly enough favors. It truly is sad to see James Wan become almost self-indulgent to this degree, but that is sadly true. With all of that in mind, I am going to have to give Malignant a C.