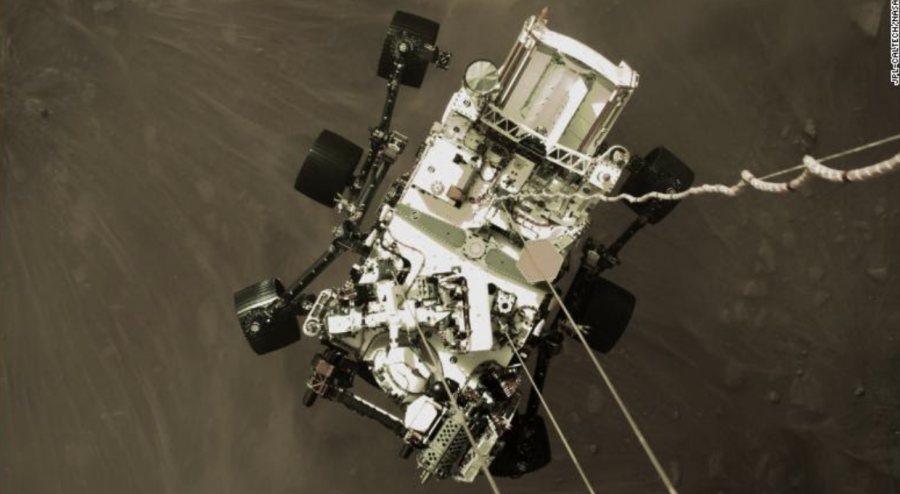 Give or take 50,000 years ago, our homo sapien ancestors got it on with Neanderthals. Now, those ancient affairs could be protecting us from COVID. Our genes are sometimes grouped together into clusters called haplotypes. Those haplotypes are always inherited together, and stay together in your DNA. Some of us carry a Neanderthal haplotype from all those thousands of years ago, and that could be a wonderful thing for us.

A recent study found that for every copy of the Neanderthal haplotype found in a person’s DNA, the chances of needing intensive care due to COVID went down approximately 22 percent. This could be due to the haplotype’s role in a biochemical chain reaction that ultimately ends with the destruction of viral RNA, but researchers haven’t found enough evidence to prove that theory yet.

For now, the 25 to 30 percent of us who inherited Neanderthal DNA should count ourselves lucky!

The Search for Life on Mars Begins

Last Thursday, the Perseverance rover, sent out by NASA in July of 2020 landed on Mars. The rover’s purpose is to take photographs of the planet’s surface, as well as do a search for evidence of ancient life and collect rock and soil samples for a possible return to Earth. Already, Perseverance has sent back photos in stunning high definition. NASA scientists say it is now ready to start the real mission: looking for remnants of life.

Evidence strongly suggests that, at one point in the distant past, there was water on the surface of Mars that could have contained microorganisms. Perseverance landed in a crater that also holds the remains of what used to be a river delta – somewhere that could hold geological record of microscopic life. Currently, while the rover makes the 1.2 mile trek through the crater to the delta, it will be gathering samples, data, and pictures that will help fill out our knowledge of Mars.

The Earth is wreathed in a magnetic field that protects us from solar winds and help us navigate. However, a new study suggests that the field is even more vital than it seemed. About once every 450,000 years, a geomagnetic reversal occurs, and the planet’s magnetic north and magnetic south swap places.

Around 41,000 years ago, the Laschamp event happened, which is to date one of the geologically and biologically strangest periods in Earth’s history. Ozone levels decreased, atmospheric circulation changed, extinctions happened left and right, including the extinction of many species of large mammals. Early human behaviors were even altered.

A recent study lined up the Laschamp event with one of those geomagnetic reversals, and they coincided. The magnetic field was weakened during the reversal, letting in more solar winds, and more radioactive isotopes. This study provides evidence that the effects of the reversal were responsible for the oddities of the Laschamp event, and leaves us wondering what the effects a future reversal could hold for us.