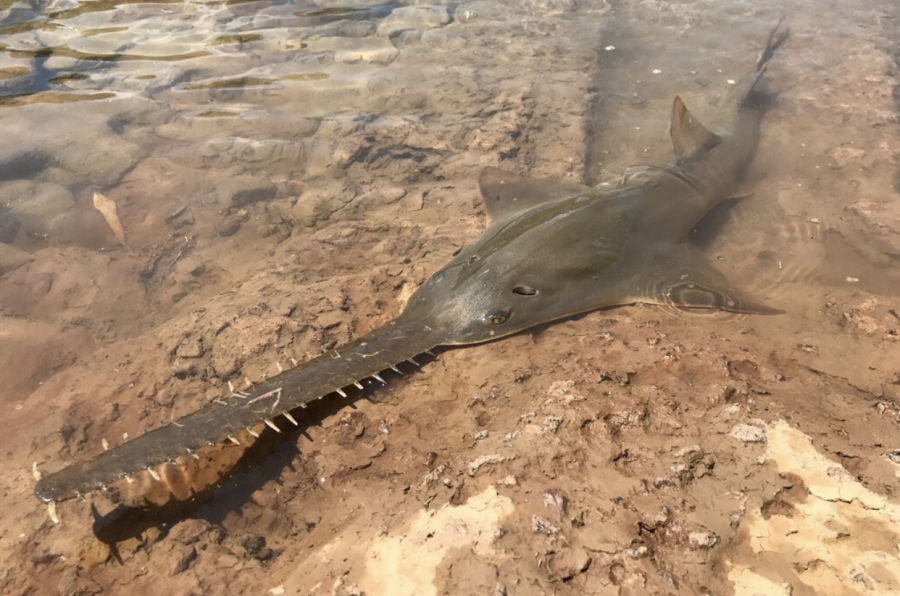 Have you spared a thought for sawfish recently? Let’s be honest, the answer is probably no. Shark scientist Jasmin Graham has, though, and has taken part in substantial research on the endangered shark species. Her team and other dedicated marine biodiversity researchers found that they had gone extinct from over half of the countries they were once identified in.

They are at a high risk of overfishing because their fins and teeth are highly valued, although mostly illegal to collect now; they’re also killed often by accident, as their long, toothy saw gets caught in nets and trawls.

There is some good news. In a recent study published last Wednesday, these scientists were able to identify not only the habitat where sawfish are happiest and thrive best, but also exactly what puts them at risk. With the light on how their endangerment is entirely manmade, stricter restrictions and practices may come into place to better protect them.

An engineering team from Virginia Tech has just created a new way of collecting water from fog, and it’s more effective than any of the previous models.

Across the world, fog nets are used to collect water. They’re extremely useful in countries with water shortages: a low tech way to get every bit of extra water you can. But now, Virginia Tech’s fog harp is ready to blow them all away. In field testing, the fog harp(a set of vertically strung wires suspended on a sturdy metal frame) collected 20 times the amount of water collected by the fog nets people usually use.

Virginia Tech hasn’t distributed the fog harp for real-world trials and use yet, but with the successful field testing and the harp’s great functionality, that’s definitely where they’re headed next.

Trump’s Wildlife Policies May Not Last

Last Thursday, a decision by the Trump administration that allowed mining in six western states was overturned in federal court. If the type of projects Trump lifted the ban on had gone ahead, the already-struggling sage grouse population would’ve been further ravaged, which is why the federal judge assigned to the case saw fit to overturn the movement.

The sage grouse is a small bird, around the size of a chicken, with a big white chest and a spiky tail feather array. Once, there were millions of them in the western U.S. Now, due entirely to manmade intervention, there are an estimated 500,000. And although Trump’s lifting of the mining ban was back in 2017, no projects had yet gone ahead in the six states to add to that endangerment.

Now, they never will. This movement is just one of many being made now, as government agencies under Biden have launched a full review of Trump’s environmental and wildlife policies. Perhaps, thanks to this review, we can look forward to hearing more good news about wildlife protection in the future.