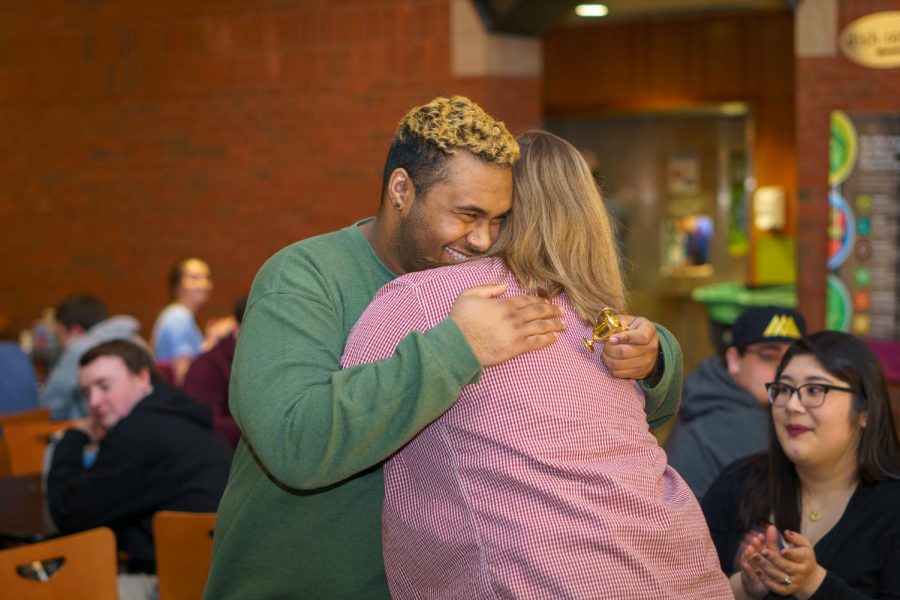 For the results party, SGA provided free late night for all students who don’t have meal plans.

“I think the best part is that folks who otherwise wouldn’t have been able to come to the caf and eat come,” Abi Sesay, the Director of Operations for SGA said. “It’s nice to see it full of faces you may not normally see at the nighttime when commuter students normally go home.”

“I know everyone who ran today and who was elected is very passionate about SGA and making changes,” Aldrich said. “I’m excited that everybody who ran is still involved in SGA and still working to make this college what it is and make it even better than it is today.”

35% of the student voted, which is about the same turnout SGA has seen in previous years, according to Sesay. 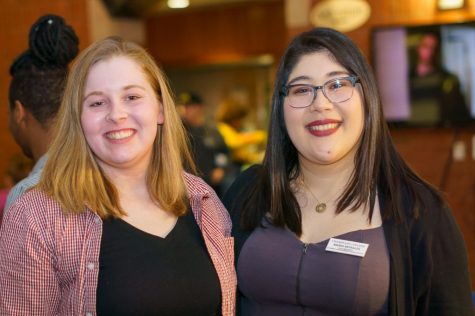 “The first thing I want do is set up a meeting with Don [Laackman] and his cabinet and talk about actually making changes at Champlain,” Aldrich said.

The unfilled representative positions will be elected at the beginning of the Fall 2020 semester, and applications for the Cabinet are open until 11:59 p.m., Wednesday, April 10.

“I’m going to put in an application for a cabinet position and see where that takes me because this is not the end of me, and you all know that so well,” runner-up Riaz Clark said.